According to Finance Act 2014, the federal government has amended SRO 575 2006-07 and imposed a tax of 32.5% on import of Solar Panels. It must be noted that Solar Panels were placed in a special category with no tax since 2006. This was done to encourage the adoption of this Alternate Energy in the country. The government instead of taking steps to promote Solar Energy has taken the worst possible decision, at a time when the country is facing an acute energy crisis. The only possible explanation for this action is that the government intends to encourage local production of Solar Panels, which at the moment is minimal. What is troubling is that the Alternate Energy Development Board (AEDB) which is tasked with increasing the Alternate Energy contribution in the country to about 5% by 2030 was not even consulted. 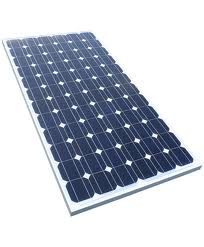 The breakdown of the imposed tax is as follows.

Hardest hit are the importers who had imported Solar Panels in bulk and now have to pay taxes amounting in millions of rupees (5-6 million per container). According to sources there are about 60 to 70 containers at the port which are waiting for clearance by customs. Also suffering are Solar solution providers who do not have enough equipment now to fulfill their commitments. It must be noted that energy demand reaches its peak in summer months and this is the time when Solar businesses make their profits. Also to be hit is the agriculture sector where Solar Pumps have become quite popular in recent times.

The government has recently shown considerable interest in Solar technology with the launch of Quaid-e-Azam Solar Park in Bahawalpur. Previously, the Gillani government had also taken some steps to promote Alternate Energies in the country, such as starting Wind Energy projects in Jhimpir. It is hoped that better sense would prevail and the government would revisit the Fiance Act 2014 which has created this mess!

Note: Since this article was published on July 29, 2014 there has been another article that totally refutes the imposition of any additional taxes on solar equipment. According to this article titled Demystifying the Tax on Solar Panels "if an importer verified the import (through the Engineering Development Board) as a unique product not manufactured or available in Pakistan, the importer would not have to pay custom tax". The news item about imposition of tax may have been untrue but it did have some effect as the 60-70 containers stuck at Karachi were immediately released.